As with the other Ultra beings, Alphonne was once a humanoid born on the planet that would be known as the Land of Light. When the Plasma Sun was activated she and the other members of the Silver Cross Corp, healed who they could. She was a member of the Silver Cross Corp and a friend of Ultraseven and Zaji. When Seven brought the wounded Miclas from planet Buffalo, Alphonne healed the kindly creature. She later left with Seven, Zaji and other Silver Cross members to help Ultraman after his battle with the Baltans. 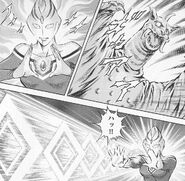 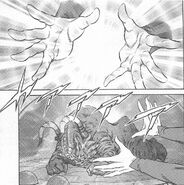 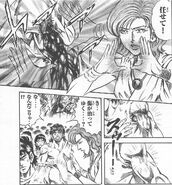 Like the other Story 0 Ultras, Alphonne uses Plasma Ore, special material irradiated by the Plasma Sun, to transform. In her case she uses a Necklace. To transform, she places her hands beside it and by her will she is transformed into her true Ultra self. Alphonne did not possess a human host, instead, like the other Ultras of her continuity, she was born with her own natural human form which she uses. 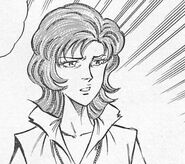 Retrieved from "https://ultra.fandom.com/wiki/Alphone_(Story_0)?oldid=226603"
Community content is available under CC-BY-SA unless otherwise noted.