Alphone (アルフォンヌ Arufonu) is a well respected and high ranking member of the Silver Cross Aid. She was a friend of Seven in the Ultraman Story 0 manga.

As with the other Ultra-beings, Alphone was once a humanoid born on the planet that would be known as the Land of Light. When the Plasma Sun was activated she and the other members of the Silver Cross Aid, healed who they could. She was a member of the Silver Cross Aid and a friend of Ultraseven and Zaji. When Seven brought the wounded Miclas from planet Buffalo, Alphone healed the kindly creature. She later left with Seven, Zaji and other Silver Cross members to help Ultraman after his battle with the Baltans. 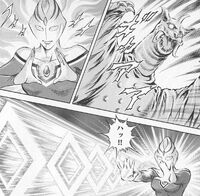 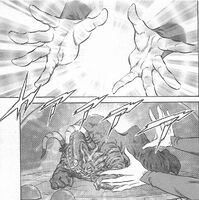 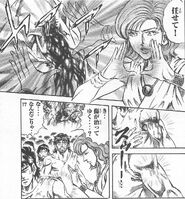 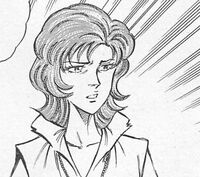