Released as an exclusive for UltFes 2000, this 2-pack features both Zarab and his Imit Ultraman disguise.
Molded in brown plastic, Zarab features silver, red, and some gold gradients. His only articulation consists of his waist and arms. He also comes with a translator device wielded on his right hand.
As for Imit Ultraman, the figure features a more proportionate body compared to his 90s' release. Molded in red plastic, Imit Ultraman features silver, black, and some blue and orange paint operations.

An all-new mold of Alien Zarab, based on his appearance in Ultraman Mebius & the Ultra Brothers, and it was released to conclude the premiere of the movie. The figure also saw release in most Asia department stores, with a generic Ultra Monster Series card.

A retool of the first Alien Zarab previously released in the 2-pack, he features a new right hand, which is not compatible with his translator device in the UltFes 2000 exclusive 2-pack.

A reissue of the Ultra Hero Series Imit Ultraman, under the Ultra Monster Series line. Deco-wise, the toy was purely identical to the figure included in the 2-pack.

The Imit Ultraman figure from the UltFes 2000 2-pack is also available individually as an Ultra Hero Series EX figure. While most of the deco is identical, Imit Ultraman features gradient paint operations on the eyes, which is meant to evoke his helmet's glowing eyes.

Instead of being a retool of the original Ultraman Mebius figure, the figure of Imit Mebius had taken cues from the original Mebius toy. The differences are the sharp boots, the black stripes & the copyright printed on it's back (this was shared with Chaos Ultraman/Calamity, & Dark Faust.)

Ultra Act Imit Ultraman is an all-new mold, sharing similar engineering from the first Ultra-Act Ultraman figure, His accessories were also reused from the said figure. 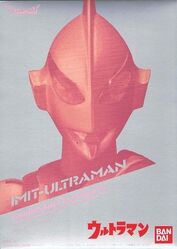 The new Ultra-Act Imit Ultraman had taken cues from the renewal version of the Ultra-Act Ultraman. Unlike its first Ultra-Act, he does not include his beam weapons. But instead he comes with a Hoshino mini figure (which strangely matches the show's prop), and the Ultra Water Current effect for the 2nd Ultra-Act Ultraman figure.

As he retains the features from the renewal version of the Ultraman figure, Imit Ultraman also comes with a triangle-shaped adapter, which allows him to attach onto the Tamashii Stand. His rear spine also features a port for the individually-released Mantle accessory, if you're inclined to have a fake Ultra being part of the heroic Ultra Brothers. 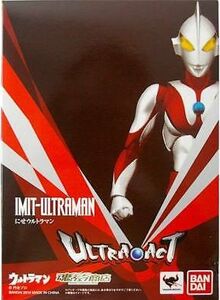 Add a photo to this gallery
Retrieved from "https://ultra.fandom.com/wiki/Alien_Zarab/Merchandise?oldid=419823"
Community content is available under CC-BY-SA unless otherwise noted.