Ultraseven episode 35 "Horror on the Moon"

None
Alien Zamppa (ザンパ星人 Zanpa Seijin) was an alien that appeared in episode 35 of the TV series, Ultraseven.

An explosion was reported at the TDF moon base with the TDF V-3 Station Commander Kurata detected this at first. UG Commander Kiriyama and Dan Moroboshi were sent to investigate. While piloting the Ultra Hawk to the moon, Commander Kiriyama and Kurata remembered the times when they battled Alien Zamppa from the solar system 3 years ago. Suddenly, the Ultra Hawk No.1 they were riding somehow sabotaged in mid journey with the communication wave blocked. Fortunately, they managed to use the emergency rockets to the Moon Base safely. Commander Kurata and Shirahama, his assistant rode a lunar crawler to the Ultra Hawk landing site only to found out that the vehicle somehow damaged, at the same time arrived at the TDF Moon Base ruins. While both men scavenged through it, Kurata realised that Shirahama tried to kill him from behind as they fought with Kurata pulled his oxygen tube. But the seemingly died man laughed as he revealed to be Alien Zamppa in possession whom wanted revenge for their lost battle against the TDF members Kurata and Kiriyama three years prior. With Dan and Kiriyama approached, Zamppa threatened him to put an act or else he will be killed but failed as the duo Ultra Guard blow his cover and killed the alien. However, the dying alien managed to get Petero into action instead. 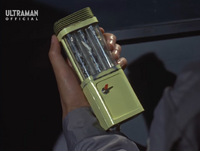 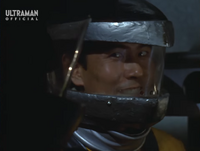 Possession
Add a photo to this gallery 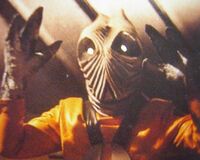 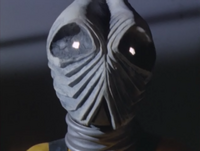 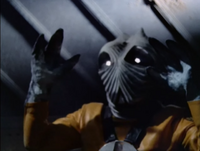 Add a photo to this gallery
Retrieved from "https://ultra.fandom.com/wiki/Alien_Zamppa?oldid=510149"
Community content is available under CC-BY-SA unless otherwise noted.