Alien Wolf (ウルフ星人 Urufu Seijin) was an alien that resembled a wolf from Planet Wolf. He appeared in Ultraman Leo episode 17 "Behold! Ultra Horror Series - Bride of the Wolfman".

A werewolf-like alien from another world, Alien Wolf arrived on Earth and began to possess women, looking for the perfect bride to live inside. He found this bride, but she was already taken. As time passed, the creature inside her began to come out and soon Wolf was on the hunt for another bride. It found one, but before he could possess, MAC attacked it. In response, Alien Wolf transformed into his giant form. After the creature was defeated by Ultraman Leo, it returned to its normal size and then its bond with the girl severed. The giant form of Alien Wolf that came to be after MAC hit the alien with lasers, the giant Alien Wolf quickly put the team at risk. After the bride’s husband failed to reach the creature inside, and the wolf turned itself into a giant saw-like weapon, Ultraman Leo was summoned. He saved MAC and severed one of the creature’s fangs. After ridding the other one, and blinding the creature with the Blind Tactics, Leo unleashed his famous Leo Kick, destroying Alien Wolf. The alien, now dead, reverted back to its smaller form and his bond with the girl was broken. 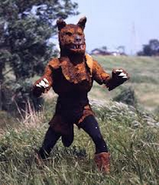 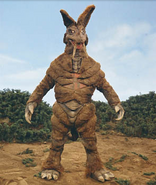 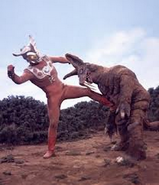 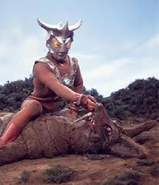 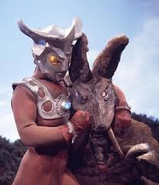 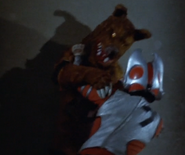 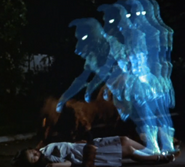 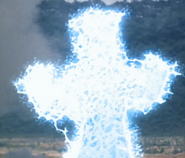 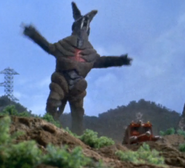 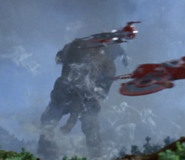 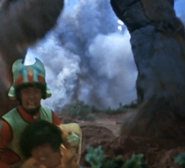 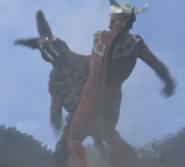 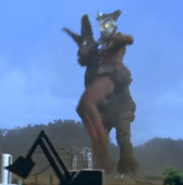 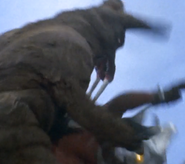 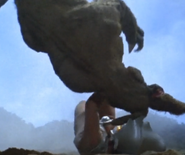 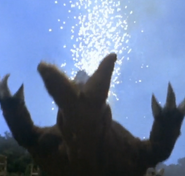 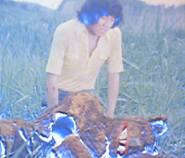 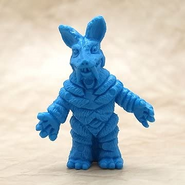