Ultraseven Episode 2: Fear of the green

The Human Organism X (人間生物X Ningen seibutsu X) were humans that injected with Alien Waiell's essence. Their appearence was more identical to the alien itself. 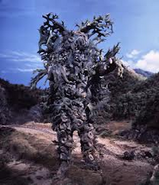 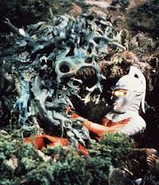 Add a photo to this gallery
Retrieved from "https://ultra.fandom.com/wiki/Alien_Waiell?oldid=125311"
Community content is available under CC-BY-SA unless otherwise noted.