Arriving on Earth, Alien Virmin posed himself as an old man and managed to allure several children with his ability to grew flowers. The flower he grew later put the children to sleep. The next day, Tooru went to a park to play baseball until Alien Virmin caught his attention as well as several children as he carried out the same plan he did before. MAC later received a call that Toru was admitted to the hospital after a strange disease. Both Dan and Gen used their Ultra sense to detect the pollen from the flower the boy had picked. They sensed that the pollen wasn't a part of the Earth flower and an evil plot that would carried out by an alien. Gen and other MAC officers ordered everyone to stay at their homes. Kaoru went out with a white flower and spotted Alien Virmin giving her flower. As she about to take it, suddenly the White Flower Spirit told her not to as the flowers contained poisons and that she was chased by Alien Virmin until MAC arrived and saved her. Virmin stated that his plan was to "beautify the polluted Tokyo with flowers and put children whom tired of study into sleep", though his true intention was none other than a regular alien invader. He grew into his true form, wrecking havoc in the city until MAC aircrafts arrived and attacked him. Gen changed into Leo and fought Virmin. After Virmin sprayed his flower mist on Leo, it tried to bind Leo with vines until the Ultra escaped and took the Ultra Cape to cover his arms and took the opportunity to fire him with the Timer Shot. Alien Virmin exploded into pieces and Leo assisted the White Flower Spirit to cleanse Tokyo from Alien Virmin's flowers. 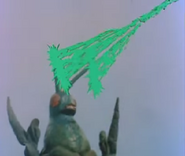 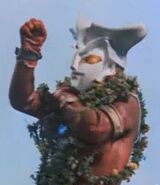 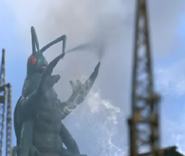 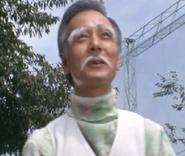 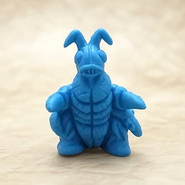