Captain Ultra episode 12 "The Alien Vandel Destruction Case"
Alien Vandel (バンデル星人 Banderu Seijin) are a race of aliens which are recurring villains of the first half of Captain Ultra.

Throughout the first arc of Captain Ultra, the Vandels continuously try and destroy Captain Ultra, Joe and Huck as well as the rest of the crew of the Silver Star Space Station with they array of Kaiju and rockets. They start life as an eyeball-like Vandel Egg (バンデルエッグ Banderu Eggu) that then later hatches into fully matured adult Vandel. Their main intentions are to destroy Captain Ultra as he is the main reason they do not succeed. They typically use Gidars to weaken their targets they come in, take some hostages and try to destroy the Silver Star. If any intruders come onto their planet, the Vandels will send out one of their Kaiju to relive the situation. Using their technology, they created a growth ray to become a Giant Vandel (巨人バンデル Kyojin Banderu). 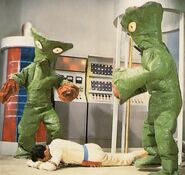 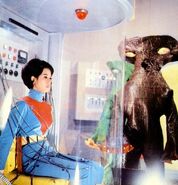 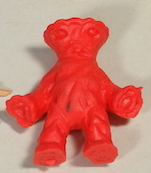