TBA
A female Alien Valky (バルキー星人 Barukī Seijin) is encountered by Kotaro Higashi after he received a new Ultraman Suit. She was a freelance killer hired by the Star Cluster Alliance to do their dirty work. [1].

Alien Valky was a freelance guide who organized and ran a touring business, where rich, bored aliens on earth would pay to go on human-hunting excursions. She led several tours, attracting the attention of Detective Endo as well as a private scientific research institute. While leading a tour, Valky encountered Kotaro Higashi, now simply going by Taro.

As Valky and her patrons killed a handful of humans, Taro readied his abilities and challenged the hunting party. After he defeated one of the aliens, the others declared that they did not sign up to fight an Ultraman, despite Valky's protestations that he was the boss of the game. Once the rest of the aliens left, Valky and Taro engaged in a brief fight, whereupon Valky kissed the Ultraman and escaped.

Later, the Leo Brothers watched surveillance footage of the fight, and revealed that Alien Valky was a former operative of the Star Cluster Alliance. However, the brothers suspected that she would not have been allowed on earth without a purpose. Meanwhile, she spoke with Ambassador Mephisto, an Alien Mefilas, on the fact that the hits on the Leo Brothers and Agent Adad had been called off. 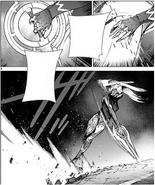 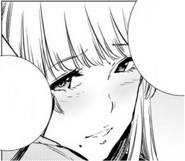 Alien Valky in ULTRAMAN: BE ULTRA