None
Alien Revole (レボール星人 Rebōru Seijin) is an alien that appeared in episode 50 of Ultraman Ace.

A peaceful day in Tokyo is disturbed by the cities' traffic lights malfunctioning causing many car crashes to occur and mass chaos as well. Hokuto and Yamanaka arrive on the scene to see the culprits reveal themselves to be aliens from the planet Revole who demand that the people of Tokyo abandon the city or they'll unleash their monster Signalion. TAC informs Hokuto and Yamanaka that the Aliens Signal was coming from a nearby sewer so the two of them jumped down to look for the alien. There they discovered the device Revole was using to control the traffic lights, Hokuto proceeded to destroy the machine and defeat Revole, who warned him that fight wasn’t over yet and soon he'd unleash Signalion, which Hokuto took as a bluff. Things seemingly returned to normal after the incident but like the alien warned, Signalion appeared and wreaked havoc Hokuto this transformed into Ultraman Ace and defeated the monster ending the threat once and for all. Mass Chaos in Tokyo! Traffic Signals Gone Haywire 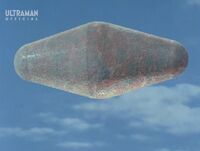 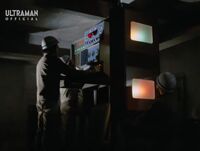 Traffic Signal Control Device
Add a photo to this gallery 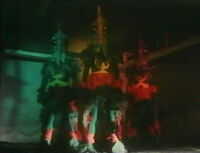 Add a photo to this gallery
Retrieved from "https://ultra.fandom.com/wiki/Alien_Revole?oldid=510098"
Community content is available under CC-BY-SA unless otherwise noted.