Ultraseven: The Final Chapters episode 3 "The Day the Fruit Ripens"

Alien Remojo was a war torn race. Poin, Gayle, and Mu Pyo terrorist leaders. Their group was coming to Earth to test their biological weapon, but were caught by their authorities. Despite this, while still in Earth orbit they and their four other companions, staged a mutiny, that caused the ship to crash on Earth in Peru. The other four died, and only other survivor lived only long enough to warn the TDS of the three's plans. This caused it to crash on Earth, killing all but the three mentioned. They each had human disguises when they planted Bolajo their biological weapon. TBA 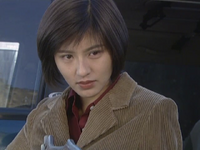 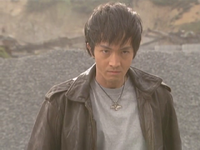 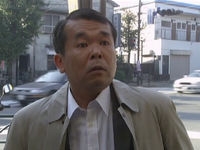 Alien Remojo Poin briefly appeared as one of the three Spark Dolls Dark Lugiel owned while he was interacting with one of Rolan's friends. 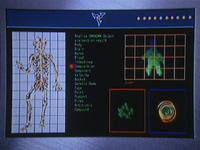 Skeletal anatomy of a Remojo 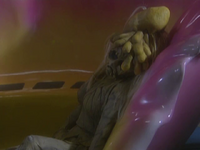 A dying Remojo Poin
Community content is available under CC-BY-SA unless otherwise noted.