Ultraman Dyna episode 46 "The Power of Thinking of You"
Alien Raybeaks[1] (レイビーク星人 Reibiku Seijin) are ornithoid aliens from the P413 Nebula that came to Earth to capture humans to replenish their planet's slave supply. The alien leader's eyes were red color and his followers' eyes were yellow. They were found and destroyed by Ultraman Tiga.

A bird like alien species, these creatures came to Earth to enslave humans. Back on their planet, a similar species of humans were their slaves. Unfortunately, the species became extinct. With no other alternative, they went to Earth. They were stationed at an old warehouse. One night, a boy was out alone when, and he saw the aliens. GUTS got there in time. Shinjoh and the boy were shot by the shrink ray, but Daigo managed to escape. GUTS. attacked the aliens at their hideout the next day. Daigo transformed into Tiga with the Spark Lens when he was out numbered. Ultraman Tiga managed to rescue the shrunk humans that were in the case. He gave them to Horii and Munakata. The Raybeak leader fought Tiga, he proved to be a match even in Tiga's Power Type. When Ultraman Tiga had the upper hand, Alien Raybeak made an attempt to escape in his ship. Tiga destroyed it after a short air chase. Human Collecting

After Yazumi destroyed a mind-controlled boy's virtual Alien Muzan avatar, he sent another virtual avatar, Virtual Alien Raybeak to attack him. A mysterious girl appeared and escort Yazumi to safety. Later, the Alien Raybeak avatar appeared and attacked the duo until Yazumi shot the alien, deleting him. Town Where the Girl Disappeared

After a strange comet fell into Matsumoto City, various past enemies of Super GUTS and GUTS began on a roaming spree, scaring the citizens. Super GUTS officers Ryo and Asuka were on a patrol and suddenly Ryo witnessed her old enemy, Bishmel walking towards them and fired, as it vanished while Asuka instead sees the enemy as Alien Raybeak. The two stated to each other about the different enemy they saw, thus making them confused. 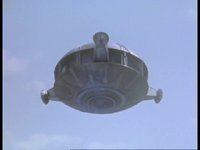 Saucer
Add a photo to this gallery
Alien Raybeak Followers 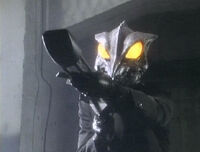 Teleport
Add a photo to this gallery 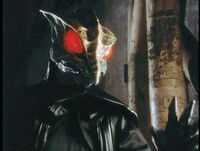 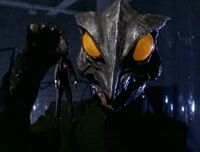 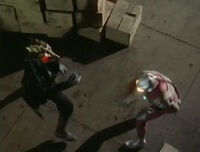 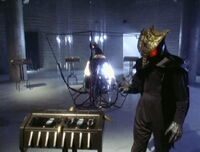 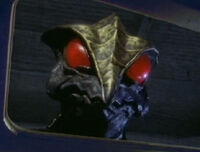 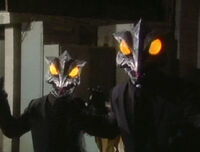 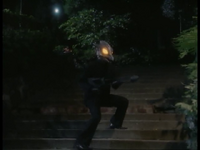 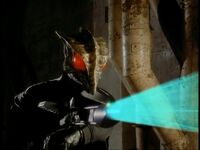 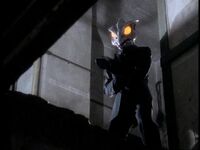 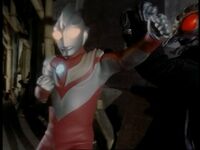 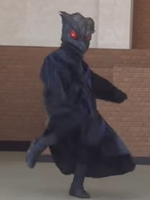 Alien Raybeak in a stage show
Add a photo to this gallery
Retrieved from "https://ultra.fandom.com/wiki/Alien_Raybeak?oldid=524902"
Community content is available under CC-BY-SA unless otherwise noted.