None
Alien Prote (プロテ星人 Purote Seijin) was an alien that appeared in the TV series, Ultraseven.

It was an average day in Japan, but as a woman walked through a building at a university, she heard a crash, opening the door to see a strange creature, causing her to run. Afterwards, Alien Prote, the latest alien to appear on Earth, took the form of a human scientist, heading back into the room after making sure she’d left. He had befriended a young man with few friends to use as a pawn in his plans and to keep suspicion off of himself. As a member of the Ultra Guard visited the campus, he became aware of the strange happenings, deciding to investigate the professor whom Alien Prote was disguised as. However, as she drove Prote’s Earth friend home, he suddenly grabbed the steering wheel when she explained a friend of hers was from the Ultra Guard, eventually crashing the car, he then confronted her, mocking and threatening her. Before anything that made sense could be gathered, the Ultra Guard arrived.

Later, Alien Prote was confronted by a member of the Ultra Guard sent to spy on him, but when shots were fired, Prote was unharmed and fired back, knocking him out and crushing his communicator. The alien then commanded another member of his species in space to begin their operations. The Garrison member asked him what he was doing, after explaining their plan to steal satellites in space and utilize mankind’s dependency on them in a bid to conquer the Earth, and mocking him, he teleported off to report to the man who’d tried to capture the woman earlier, allowing him into his lab but after revealing his true evil plans to the boy, the earth-man attacked. Soon, the two struggled and Prote shed his guise to try to kill the witness.

Thankfully, Dan arrived to investigate his missing comrade and broke in, the two beginning to battle, leading Dan to transform into Ultraseven to continue their fight. Soon, both took the battle to the campus outside and grew to full size to do battle. However, Alien Prote’s invisibility and illusions kept Ultraseven busy until he finally managed to seemingly behead the alien, only for him it to be a copy and disappear, soon, two Protes confronted him, Ultraseven unsure of which was real and which a fake. Meanwhile, Alien Prote’s subordinate began stealing satellites in space. The Ultra Guard pursued the alien, only for him to vanish as well. Back on Earth, Ultraseven turned invisible as well and lured the being out, then used a paralyzing beam to attempt the Wide Shot, but Prote broke free before Ultraseven could. While Ultraseven was busy dealing with illusions, the true Prote returned to his lair, trying to teleport off, only for his earth friend to grab on as well, causing the teleported to short circuit and explode, vaporizing the Earthling and the alien invader, making the illusionary Prote to vanish. Ultraseven flew into outer space and saved the satellite, allowing the Ultra Guard to blow up the Prote Saucer, ending their threat. 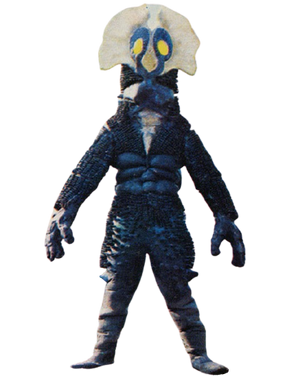 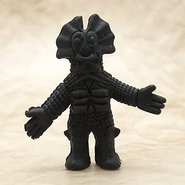