Ultraseven episode 30 "For Whom Takes the Glory"

None
Alien Platic (プラチク星人 Purachiku Seijin)[1] is an alien that appeared in episode 30 of Ultraseven.

Alien Platic first appeared with his fan-like drill underground after it was detected, but soon got away after the latest Ultra Guard member tried to glorify himself. Later that day he managed to hijack the TDF MRI with four tanks and went on a rampage. With the tanks shortly destroyed by the Ultra Guard, Dan sneaked aboard, but was seemingly knocked out by Alien Platic until he turned into Ultraseven. The two of them grew much larger and battled, but after being  tossed Alien Platic seemingly surrendered until Ultraseven turned around and was petrified. Alien Platic continued his attack when Ultraseven became unpetrified and destroyed his drill with the Emerium Beam. After some time of fighting both fighters became very exhausted and could barely crawl until Ultraseven tossed Alien Platic and destroyed his body with the Emerium Beam. Later on his skeletal form was killed by a shot from a dying Ultra Guard member. 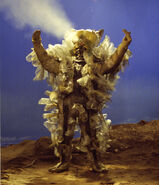 Figure of Alien Platic, by Bullmark. 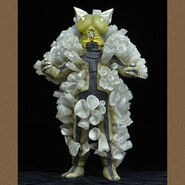 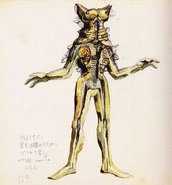 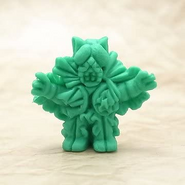