None
Alien Orion (オリオン星人 Orion Seijin) was an alien that appeared in episode 25 of the television series, Ultraman Ace.

Thirteen thousand years ago, the Alien Orion race invaded Earth when humanity at the time was still a primitive race, but after a great flood on Earth they were forced into a deep slumber in their pyramid. Due to this humanity regained control of their planet once more.

In the present day they awakened and began spreading toxic gases to make Earth suitable for their kind, re-emerging their pyramid base and sent one of their kind, Michiru (ミチル, Michiru) to stop TAC from interfering. Michiru then infiltrated the base and tried to destroy V9, their ultimate weapon that could destroy the Orion's pyramid. However, Yuko disarmed her weapon and pursued Michiru before she was captured by her kind. The Orion race had no need of Michiru after her failure and expelled her. Their pyramid opened and reveal their ultimate weapon, the Terrible-Monster: Sphinx. While Sphinx was sent on a rampage, the Orions had Minami crucified on the top of their pyramid to ensure that they would stop the V9 from attacking them. Fortunately, Hokuto piloted a TAC jet and reunite with the imprisoned Minami to summon Ultraman Ace. Michiru later played her flute to distract Sphinx but the Orions killed her and brought Sphinx back to its senses. After Ace killed Sphinx, he lifted the Orions' pyramid and destroyed it with Metalium Beam, killing them as well. Ace brought Michiru's corpse and place it nearby the Orion Constellation, as it become a new star. 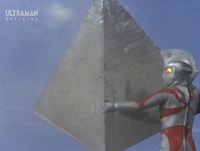 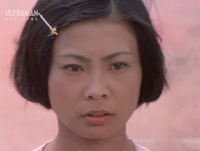 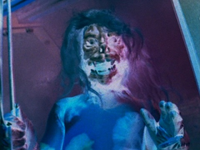 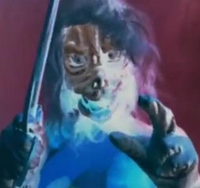 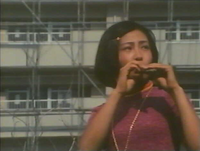 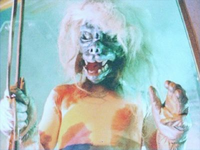 Alien Orion's costume, not color altered
Add a photo to this gallery
Retrieved from "https://ultra.fandom.com/wiki/Alien_Orion?oldid=510077"
Community content is available under CC-BY-SA unless otherwise noted.