The Alien Natarn were allies with another alien race, which later used both Shinjoh and Maya Cruz's bodies.

These aliens crashed on Earth, but returned to their planets, leaving one. This alien lived in the body of Maya Cruz, who had just died in a car accident, it took on her identity for several years. Meanwhile, the Natarn had invaded their "allies" planet and destroyed their home planet in the name of revenge from a prior conflict. 15 years later, Alien Natarn's UFO appeared in space and was followed by the GUTS Wing 1. It fired its laser at the GUTS Wing, but it missed and was shot down itself. Natarn took on a human form and went into hiding for a short period of time. He later revealed himself to Shinjoh alien and Daigo, boasting that he had killed all of the other aliens except the two that fled to Earth. He then shot Shinjoh, and prepared to kill Daigo when Shinjoh tripped him. Daigo then fought the alien and threw him down some stairs and aimed his gun at him. Natarn left his human body and transformed into his giant form. Daigo transformed into Ultraman Tiga and the two battled, with Natarn releasing energy beams and Tiga blocking them. The alien then tried to flee but was kicked in the back by Tiga. He then tried to fire his energy beams but had a hole blown through his stomach with the Zeperion Beam, ending Natarn's life.

Alien Natarn was mentioned as a member of Moravia's Phantom Monster Army. 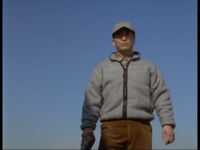 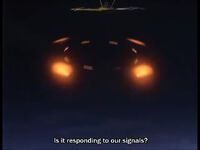 Energy Beam
Add a photo to this gallery 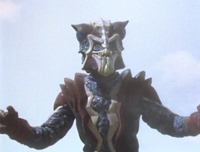 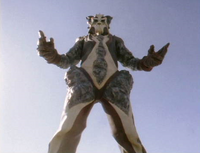 Add a photo to this gallery
Retrieved from "https://ultra.fandom.com/wiki/Alien_Natarn?oldid=510072"
Community content is available under CC-BY-SA unless otherwise noted.