Ultraman Ginga Theater Special: Ultra Monster ☆ Hero Battle Royale!
Alien Miracle (ミラクル星人 Mirakuru Seijin) are a race of friendly owl-like aliens who appear to enjoy Christmas. An Alien Miracle first appeared in Ultraman Taro episode 38 "The Ultra Christmas Tree", intending to bring Joy to the Christmas season, but was killed by Alien Terrorist. Since then, their race have been relatively reclusive.

Alien Miracle came to Earth for research and study about the human race. Then, while Taro was fighting King Tortoise and Queen Tortoise, a girl named Hitomi had her parents killed when there apartment was caught in the fight. Alien Miracle in his human form came and helped the girl and the girl called him uncle. The girl would often get sad and miss her parents but Alien Miracle decided to cheer her up, and did so. He left her suddenly to go to his home planet to send back the data about Earth but before he left he gave Hitomi his crystal ball which can show memories and show events from space. As the girl showed Kotaro what happened, she saw the kindhearted Alien Miracle attacked and seemingly killed by Alien Terrorist. Kotaro transformed into Taro and began to battle Terrorist, but with no success However, the orb flashed, signaling the girl to use it as a weapon against Alien Terrorist. She threw it into the alien terror, the resulting explosion leaving Terrorist frozen into a block of ice. Taro used the Double Energy Stream to blow the alien up, creating a snowfall and avenging the death of the kind alien. As the snow fell, Tokyo finally had a White Christmas.

He appeared as the sixteenth monster Ultlived by the Livepad in Ultraman Ginga Theater Special: Ultra Monster ☆ Hero Battle Royale!.

He looked into his crystal ball and saw Hikaru Raido and Misuzu Isurugi together on a tropical island at sunset. He continued to watch, and eventually fell into a trance until Tomoya Ichijouji snapped him out of it, reminding him that Mochiron was in danger. He was last seen with Gomora's Spark Doll.

Alien Miracle was released in 2013 as part of the Ultra Monster 500 series. He stands at 5in tall and is # in the series. He has a very accurate look to his appearance and has 2 points of articulation. 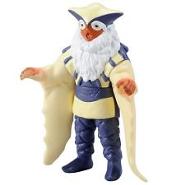 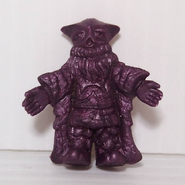 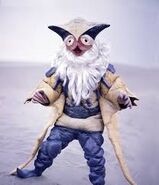 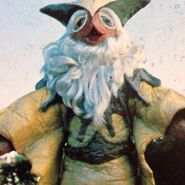