None
Alien Messie (メシエ星雲人 Meshie Seiunjin) was an alien that appeared in episode 45 of Return of Ultraman.

Alien Messie was the master of Alien Cygnus-61, who in turn controlled Robonez. Alien Messie dosed Go with some poison while disguised as a doctor. After he did that, he grew to giant size and destroyed several nearby buildings. Alien Messie then carried two of his slaves as hostages so that MAT couldn't attack. Go transformed into Ultraman Jack, who used a few beams and punches to weaken the alien, before using the Ultra Bracelet to kill Alien Messie. Assassinate Hideki Go! 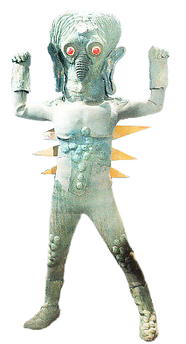 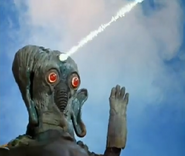 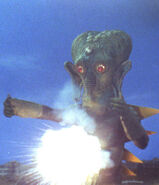 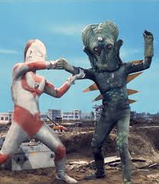 Alien Messie as he appears in stage shows. 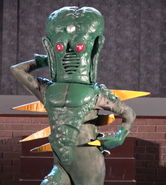 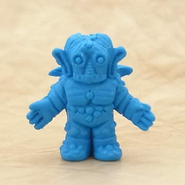 Messie with M1 from the third episode of Kaiju Walk.