Alien Medusa was an alien who had a score to settle with the monster Hertz. She took on the guise of a young woman named Megumi and used the magnetic force of the constellation Medusa to send him into a false state of death. She then asked ZAT to destroy the monster claiming that the woman lost her grandfather because he passed out because of the monster.

She tried to convince Moriyama Izumi to kill the monster once they took escorted her to a safe place but she refused, so, she knocked her out unconscious, then controlled her mind and body and started to attack the monster with one of the attack vehicles she stole. She used it to blow up the Sky Whale but missed the Sky Condor and Kitajima used it to engage the possess woman in an aerial dogfight. When his ship got shot down, Kotaro transformed into Ultraman Taro to save him and stop the possessed woman by using his Cross Ray and then she revealed her true form and her true intentions of expelling the monster from the constellation to take over as her own.

Taro then engaged the alien in an evenly matched fight that lasted for a while and then ended with the alien being blown up by the Ultra's Strium Beam. 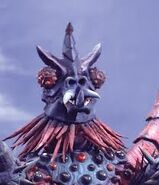 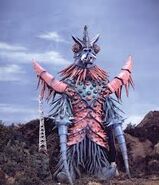 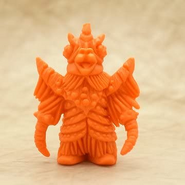