None
Alien Kill (キル星人 Kiru Seijin) were aliens that appeared in episode 28 of Ultraseven.

Alien Kill came to Earth to destroy the Ultra Guard using their bio weapon, Dinosaur Tank. During a seven hundred kilometer race one of the Kill agents on a motorcycle was defeated, as Dinosaur Tank struck what should have been two Ultra Guard members, but instead caught another racer. Just then, someone began firing on them with a machine gun that turned out to be Alien Kill. After some quick decoy tactics using their helmets, the Ultra Guard managed to vaporize Kill, defeating him. However, more Alien Kill awaited the Ultra Guard as they continued racing into the night, with one of them gunning them down only to be defeated by the other Ultra Guard members with a machine gun disguised as a small guitar. After disarming a bomb from Kill in the trunk of the Ultra Guard's car, they banded together to make it to the finish line alive. Alien Kill returned again that morning with two helicopters that used a magnetic device with a small balloon to suspend them in the air, but the car used it's laser to shot one out of the sky. The other one fled while the balloon was shot, allowing them to continue. The last Alien Kill presumably left Earth after Dinosaur Tank was destroyed by Ultraseven. 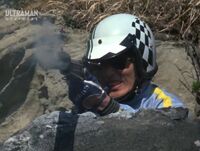 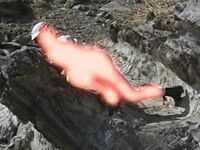 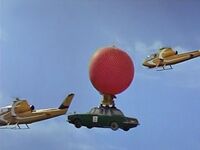