Ultraseven episode 13 "The Man Who Came From V3"

Within that time Alien Iyros created a clone of each of them and sent the to infiltrate the Ultra Hawk for oil. Except for Dan, everyone at the base believed them to be the real members. However, Dan caught them trying to sabotage the Ultra Guard's fuel supply, and shot them dead as he tried to defend himself. The other Ultra Guard members watched as the clones were reduced to a black liquid. UG realized that the saucer needed oil so Captain Kitayama ordered a ton of oil for the saucer. Later that day, the Ultra Guard parachuted the oil container near the saucer which Alien Iyros used the saucer's claw to retrieve. Then the saucer decided that wasn't enough so they grew mad at UG so the saucer first started to fire at the UG ships that brought the oil to them and when they fired back Iyros decided to turn into his giant form.

As recalled in Ultraman Taiga's past, a modified variant called Re-Alien Iyros (改造アイロス星人 Kaizō Airosu Seijin),[2] who was outfitted with a missile launcher, was one of the members of Gua Army's Mechanized Monster Army under Imbiza's leadership. Alongside Re-Beacon and Re-Zaragas, the three were commanded by Imbiza to attack Andro Ares through salvo firing, but the Andro Super Warrior dodged through the attacks and used his Cosmo Magnum: Twin Edge Mode to slice through all three cyborg monsters. For Whom Is That Fist For - Part 2 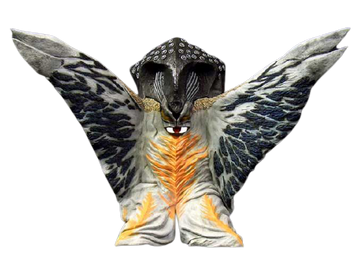 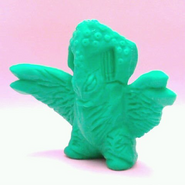 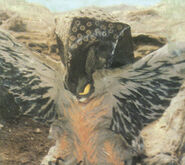