The first appearing Alien Groza, Grozam is the third member of the Dark Four Heavenly Kings to fight Ultraman Mebius. Unlike his fellow teammates who prefers psychological manipulation and trickery, Grozam resorts to brute strength and prefers face-to-face combat against the Earth's protector Ultraman Mebius. Managed to defeat the young warrior and froze him to a nearby dam, he gloated his victory over the citizens but was reminded by Mefilas not to underestimate both the Ultraman and the humanity. When Crew GUYS revived Mebius, Grozam fought the young warrior and Ultraseven and once more proven his immortality after being shattered to pieces by their attack but his underestimation for humanity bites him back when Konomi of Crew GUYS used the Maxwell Tornado and burned his pieces.

Although not clearly seen, Grozam is one of the many monsters who makes up Belyudra's right arm in Mega Monster Battle: Ultra Galaxy Legends The Movie.

A human sized Alien Groza reappears in this series as an AIB agent. He, along with his colleagues watched the activities of Kei Fukuide from the AIB base. When Kei discovered them observing him, he destroyed the field agent's disguising device and compromised the mission, leading to the control panel where the alien stood to malfunction.

An Alien Groza is among the five aliens in the same class as Riku Asakura and Pega, alongside a Cicada Man, a Cicada Woman, an Alien Serpent, and an Alien Mefilas. Ultraman Chronicle: ZERO & GEED 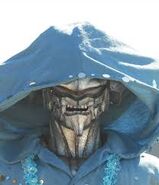 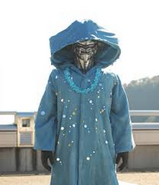 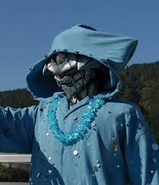 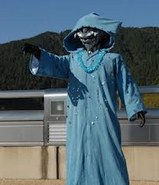 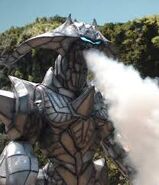 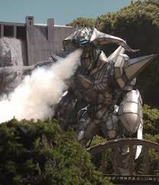 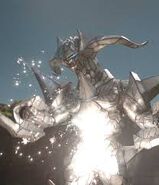 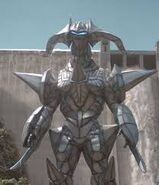 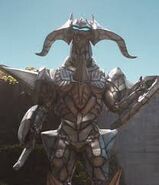 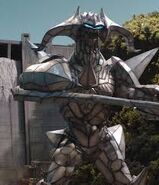 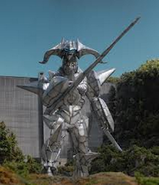 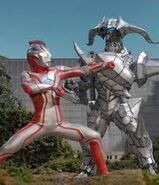 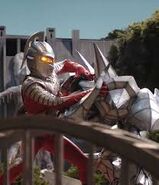 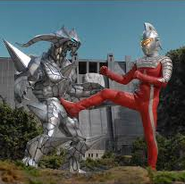 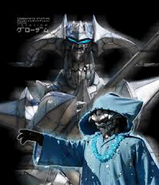