Alien Flip (フリップ星人 Furippu Seijin) is an alien that first appeared in the TV series, Ultraman Leo. He appeared in episode 15.

One night, Alien Flip appeared and terrorized a city. MAC rushed to the scene, but he quickly escaped by teleporting away. The next day at a park, Gen received a call from Dan that Alien Flip was detected, and had attacked his girlfriend. He rushed out and tried to battle Flip, only to get tricked by his illusions. A bystander also joined in the battle and managed to detect the original Alien Flip among his duplicates. Despite this, Flip escaped again. Later, while Gen was in the middle of training, Dan contacted him again saying that Alien Flip had been detected at a forest. As he and other MAC officers cornered the alien, he splits himself as they battled but only having themselves thrown away. Dan managed to detect the real one and fire at him, but he escaped again. Gen searched for the man that had fought Flip earlier and sought training from him on how to combat Flip's illusions. After completing his training, Gen joined his comrades from MAC to hunt Flip again. After managing to fire several shots, Flip enlarged himself while Gen turned into Leo. Both of them fought fairly, but Flip unleashed his trump card by turning invisible. Dan later blinded Leo, making the Ultra use his training to defeat Flip by catching the real alien, throwing him to the ground and finishing him with Light Ball. 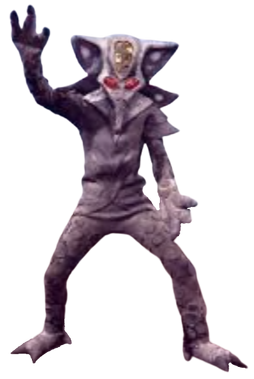 In episode 14 of the fifth season of X-Men: The Animated Series, an alien that bears a strong similarity to Alien Flip appears. Alien Flip also appeared in the episode entitled 'Mojo Vision' as one of the many alien spectators. Another Alien Flip looking alien appears on the Chi'ar ship, spectating the fate of Jean Grey/Phoenix as the X-men fight the Imperial Guard. 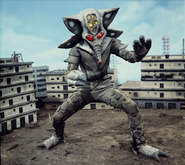 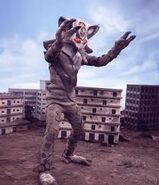 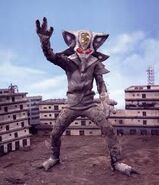 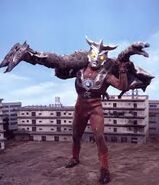 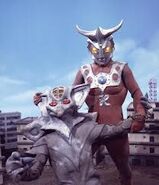 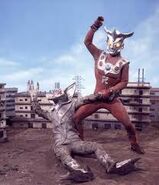 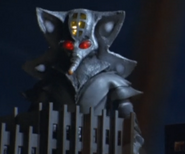 Figure of Alien Flip, by Yamanaya. 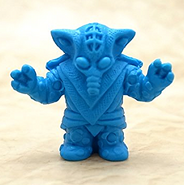