The second member of the Dark Four Heavenly Kings, Deathrem (デスレム Desuremu) held all but one of the Crew GUYS members in the Phoenix Nest as hostage and forced Mebius to surrender himself in exchange of their lives. This operation as well caused the citizens to lose their faith in both Crew GUYS and Ultraman, so much to Mefilas' own delight. However, Ryu managed to relay his message to Mebius for fighting the invader without regarding their own safety, causing his whole plan to be ruined. Trying to dispose the Phoenix Nest, his plan once more stopped by Ultraman Jack as both generations of Ultra Warriors finish him. 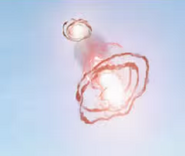 Alien Deathre reappears in episode 16 of the series, Ultra Zone. 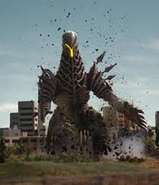 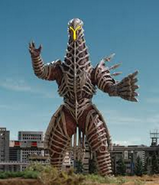 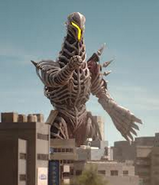 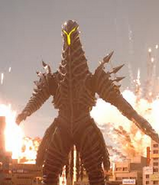 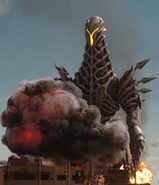 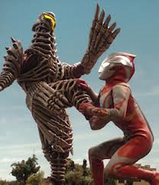 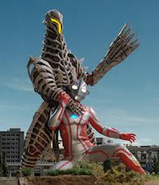 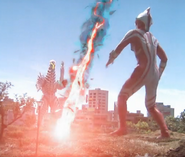 Deathlogue as a member of Darkness Five

Zero Darkness, Tyrant and The Darkness Five (Minus Jathar) prepare to leave