Alien Boze (ボーズ星人 Bōzu Seijin) was an alien which appeared in episode 19 of Ultraman Leo.

100 years ago, Alien Boze arrived on Earth, intent on conquering it. He hid himself on Hokkaido to observe humanity so he could plan his invasion perfectly.

But in the present, Alien Boze was caught close to shore by a fisherman and beaten with the fisherman's pole. The fisherman took off, leaving Alien Boze battered and beaten. The next day, a young boy came across the man from Boze. Awoken by the child, Alien Boze chased after him, but was unable to catch him. Alien Boze disappeared for awhile but returned later that night, attacking a couple inside their house, and killed the father of boy's who had seen him.

Gen Otori came running to the the seen and took on Alien Boze, but was beaten back repeatedly by his deadly whip arm. Gen was able to get the upper hand with kick after kick, and Alien Boze retreated into the ocean once more. Alien Boze returned one last time the next afternoon, to take his revenge on the fisherman who had beaten him, by attacking the man's wife. But he was harpooned by the fisherman's son. Ripping out the harpoon from his stomach, Alien Boze was about to return the favor but was kicked in the back of his head by Gen.

After a short fight between two, MAC opened fire on Alien Boze, forcing him to retreat once more. Night fell once again and Alien Boze came ashore, transforming into his larger form, attacking during that night's storm, Alien Boze began his assault on the small town, destroying buildings with his whip arm. MAC responded by sending out the Mackie #2 and #3, with Gen piloting Mackie #2, which upon arrival to the scene opened fire on the monster. Angered by this, Alien Boze captured the Mackie #2 in his whip and tossed it to the ground. Launching himself out of the ship, Gen transformed into Ultraman Leo, challenging Alien Boze for the last time. Leo allowed himself to be curled up in the whip, reaching the end of it's reach, hacking it off with a Leo Chop. Without his arm, Boze took a beating from Leo, and was tossed onto his head, breaking his neck. Emitting a ghastly breath of black smoke, the alien died. 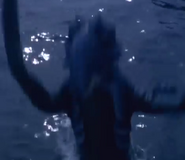 Figure of Alien Boze by Yamanaya 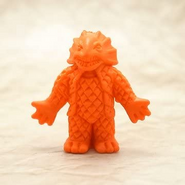 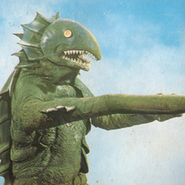 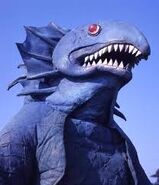 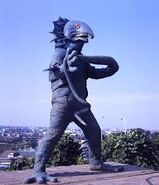 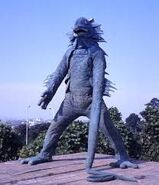 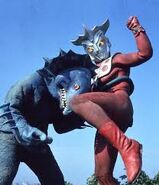 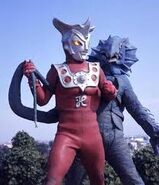 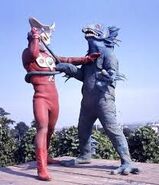 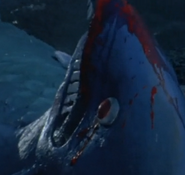 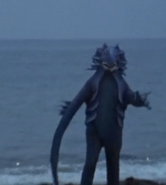 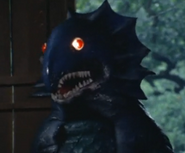 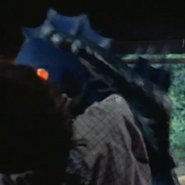 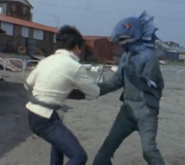 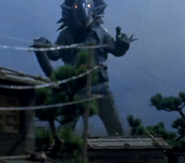 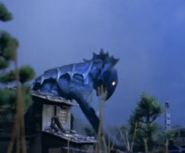 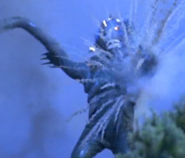 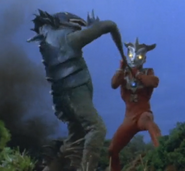 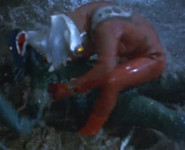 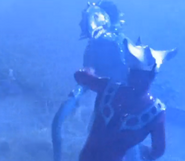 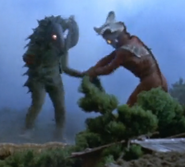 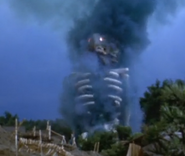