One night a fire ball from space landed in a swamp, but nobody noticed it. That morning a space ship rose from underneath the swamp and took a young man's car with his soon-to-be bride escaping, but passed out. The car was stolen using magnetic force by none other than Alien Borg to learn of Earth's technology and use the man as her puppet. After a few hikers found the woman unconscious the UG was sent to investigate the matter. After checking out the seen tire tracks of the stolen car were tracked into the swamp, adding to the suspicion of alien activity.

That night, Alien Borg sent her new slave to infiltrate the Ultra Garrion's base. Alien Borg's slave was soon noticed, but teleported before he could be chased after. Dan tried to secretly track her, but was incapable of doing so. The possessed man was soon found setting charges when he was soon stopped after a brief fight. The charges were detected to be radioactive as the possessed man was sent for medical inspection. After an X-Ray was taken the doctor noticed a strange black spot in his head that was causing the mind control and after she awoke he revealed Alien Borg's intentions of sabotage and domination.

The Ultra Guard set out in one of their fighters to attack Alien Borg while her ship was underwater using a powerful bomb that dehydrated the entire lake. With Alien Borg's ship exposed the Ultra Guard launched an assault on it. After launching a few charges via parachute Alien Borg's ship exploded, but she managed to teleport into their base and punished her possessed man, but Dan shot her medallion before she could do so and fled.

Dan turned into Ultraseven and chased her outside to where they both grew gigantic and fought, but Alien Borg dodged the hero's tackles easily, even revealed the last bomb was at Dan/Ultraseven's leg. Ultraseven launched a knock tactic on Alien Borg and fought her furiously in close range combat, but was beaten down. When Ultraseven dodged her laser beam, Alien Borg panicked and attempted to run away, but Seven wasn't about to let the alien escape, and used his Eye Slugger to sever Borg's head, killing her instantly. As a foam-like liquid escaped the headless Borg's neck, the alien's body collapsed to the floor, ending the threat she posed to humanity.

Stock footage of Seven's previous fight appeared in this film. 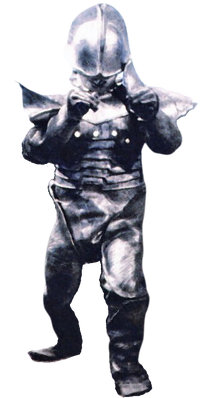 Alien Borg was released in the Ultra Monster Series. He stands at 6 in. He has three points of articulation and he is very accurate top the shows. 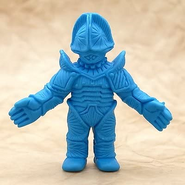 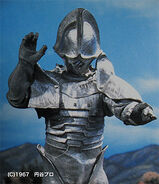 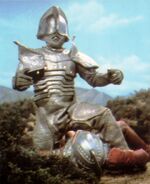 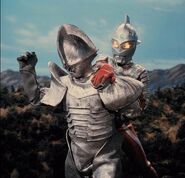 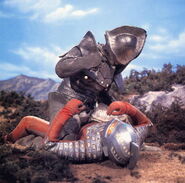 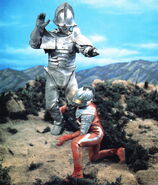 Alien Borg in the stage show