None
Alien Argo (アルゴ星人 Arugo Seijin) is an alien Kaiju that appears in Ultraman 80.

Some million years ago, the planet Argo collapsed into a black hole. Ever since then, the Argo have wandered through the universe seeking carbon dioxide. They consumed the knowledge of all sorts of species in order to evolve and reached a formless evolution.

One entered a spaceship returning to Earth and possessed its occupant, a professor. It then went to earth as foam and began to consume the knowledge of the humans. Takeshi met the professor and followed him home. The alien, however, managed to trap the Ultra, and went on a rampage, taking on form and consuming the knowledge of more humans.

UGM attacked, but the monster managed to take two planes out before Takeshi broke out of his bondage. He transformed into 80 and engaged Argo. Soon, the alien learned taking on a physical form was a mistake, as the Ultra used his aversion to light as an advantage. Thrown back, the alien was destroyed by 80's Succium Beam. 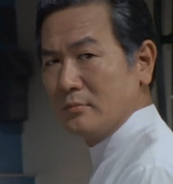 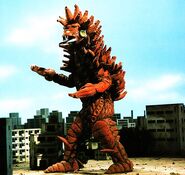 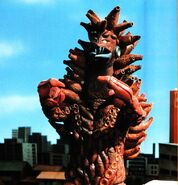 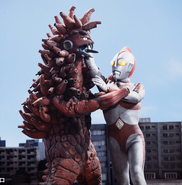 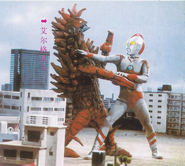 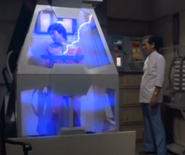 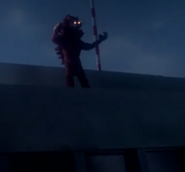 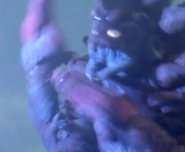 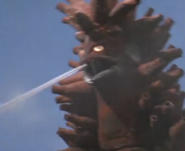