Unknown
Alien Angel (アンヘル星人 Anheru Seijin) are an alien race that come from Planet Angel. One of them, Tori (トーリ Tōri), came to Earth after the kaiju Chronorm destroyed Planet Angel.

After Chronorm destroyed his homeworld, Tori, traveled with the last members of his species to Earth, but he was the only one that made it alive. Tori assumed the form of a normal human and became a police officer. Later he worked with GUYS as they tried to track down Chronom as he began to take people into the past. Tori enlisted Marina's help for the team in time. After the monster Chronom brought Marina, Tori, and Mirai to the year 1999, it appeared and began attacking Marina, but as it unleashed a fireball at her, Tori revealed his true self and took the attack for her. Shortly after Chronom was killed by Ultraman Mebius, Tori died, and disappeared into thin air. Ocean Waves of Time 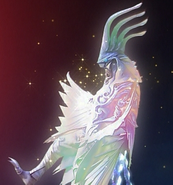 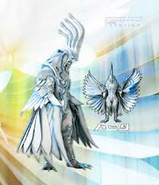 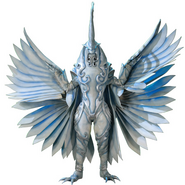