Ultraman Wiki
Register
Don't have an account?
Sign In
Advertisement
in: Human Characters, Return of Ultraman, Female Characters,
and 5 more

Rumi Sakakibara
Aki Sakata (坂田アキ Sakata Aki) is a character that appears in Return of Ultraman.

She is the sister of Ken Sakata and Jiro Sakata, and was regularly seen around her elder brother's car repair shop or taking care of Jiro. Throughout the series, she seems to develop affection for Hideki Go, and was teased for being "Go's girlfriend". Unfortunately, Alien Nackle, who was seeking to conquer Earth, discovered this fact and kidnapped Aki, fatally wounding her after his henchmen forcibly held her out of a moving car, dragging her along the road. Ken was also in the area and tried to stop them, but was also killed.

Once Go heard the news and arrived at the hospital, he only had enough time to see her die in front of his eyes, causing him to be emotionally broken.

An alternate version of Aki Sakata appeared in the movie Superior Ultraman 8 Brothers as the wife of Hideki Go. 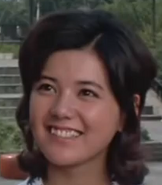 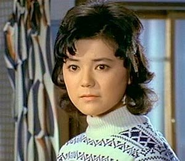 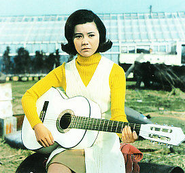 Go and Aki with their daughter

Aki in a coma in the movie, as Go watches over her