The wiki was founded by Tsuru on Nov 17 2009, who sought to spark the flames of the wiki. Unfortunately, he lost interest in maintaining the barren website, only to return a year or two later to find that it had expanded immensely from the state he left it in, thanks to the devotion of several dedicated users, and thanks to the combined efforts of our friends, continues to do so. The wiki has grown and prospered since; becoming the web's largest encyclopedia for the Japanese television series.

While the wiki has data on almost every ultra-series kaiju, it is still very much an ongoing project. That's why we need you. Due to their rarity, series like Redman and Mirrorman lack documentation in general. We are also currently working on episode guides, and while progress is being made, they are far from finished.

We are also currently fighting plagiarism. Not only that, but we are striving to unify our format, which remains haphazard on many of our pages. The spelling and grammar on many articles is less than desirable. Our readers can fix this, by becoming editors. You can help us grow. Learn more by checking out Project Illustrator.

The founder of Ultraman Wiki. While he is not very active right now, he manages the wikia from behind-the-scenes, ensuring templates are in order and is behind our current layout.

The older brother of Tsuru, Teridax acts as one of the major admins around here, as well as the largest contributer. He is responsible for our current homepage design among other important aspects of the wiki. Currently the admin with the best availability.

An ultrafan from Puerto Rico. While he has not had time to be very active lately, due to losing his main Ultraman source, he still remains as part of the staff of the wiki. 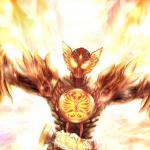 A student and writer, who, besides acting as admin and editor here, is the head homie and admin-in-chief at the Ultrafan Wiki as well as founder of the Super Robot Fanon Wiki. Remains fairly active, but college keeps him busier than usual.

A major contributer, a competent admin, and the Malaysian representative among the admins, Amir is an important part of the wiki. 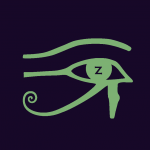 The American representative among the Ultrawikia admins, and is one of the most consistent editors on the wiki, mostly fixing grammar and organizing/adding categories. He is also a guitarist and one of the admins on Ultrafan Wiki.

*The Ultraman and Ultrafan wikis are only hosted by Wikia, and not affiliated with the company in any other way.

Retrieved from "https://ultra.fandom.com/wiki/About:_Ultraman?oldid=408918"
Community content is available under CC-BY-SA unless otherwise noted.