Ultraman 80 episode 6 "Boy from the Stars"

Abdolaars (アブドラールス Abudorārusu) was an alien Kaiju from the TV series, Ultraman 80. It first appeared in episode 6.

Abdolaars was from a UFO that constantly flew around Earth. The UFO always caused chaos around the world which alerted UGM quickly, Then as a boy from Takeshi Yamato's class tried to run up to UFO as he thought he was not from Earth, Takeshi stopped him and the UFO unleashed Abdolaars! Then as the boy went unconscious from an energy beam that almost hit him, Takeshi turned into Ultraman 80 and fought the space monster. After several struggles as Abdolaars was hitting 80 with the Shock Beam, 80 finally used the Ultra Kick to weaken the monster and used the Buckle Beam to destroy the monster. Then as the UFO tried to escape 80 destroyed it with an Ultra Spiral Beam.

Figure of Abdolaars by Popy 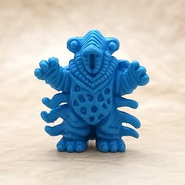 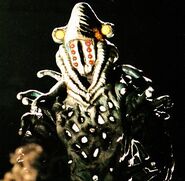 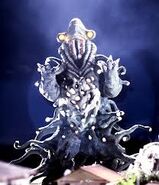 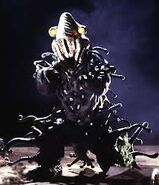 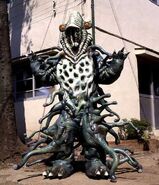 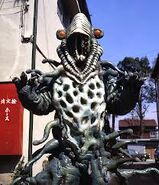 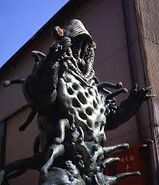